THE JUDGE DID NOT BLOW . . . AND NEITHER SHOULD YOU!

Previous Next
THE JUDGE DID NOT BLOW . . . AND NEITHER SHOULD YOU! 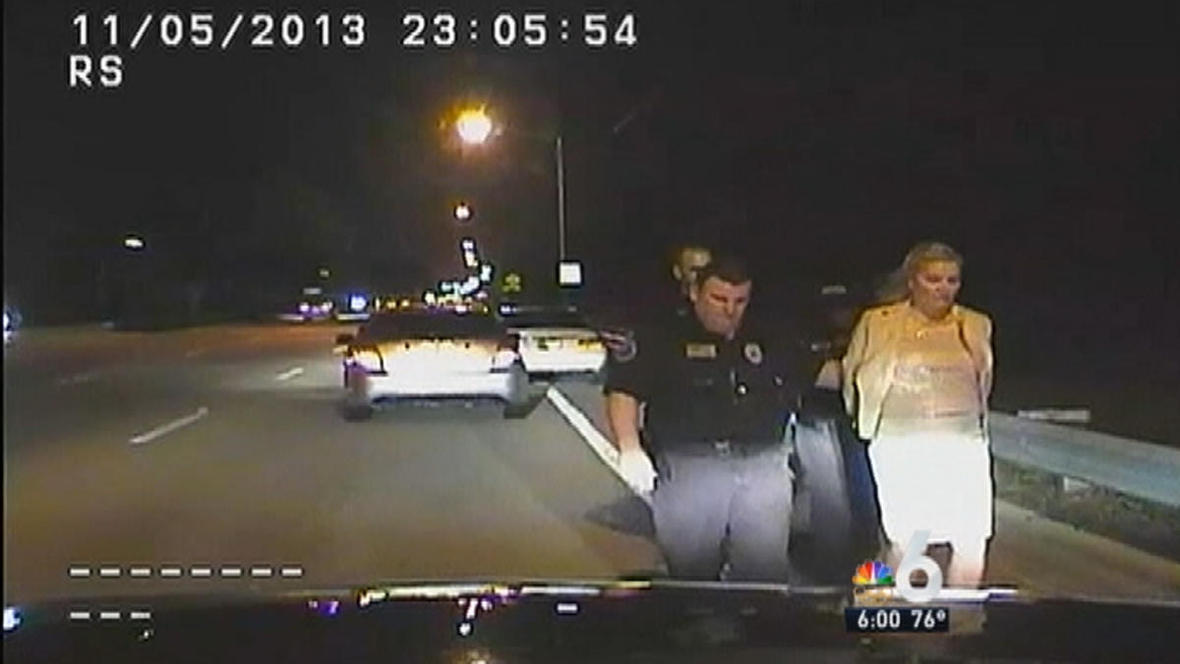 The picture to the right is dash-cam footage from Broward County Judge Cynthia Imperato’s DUI arrest last year. She was smart enough to know that if you have been drinking, do not blow into a breathalyzer

Don’t drink and drive; I have stressed this for as long as I have been a traffic ticket attorney. It’s never worth the risk – not worth risking injury to yourself or someone else, and it’s not worth the penalties that you can incur if you are convicted of this offense. If, however, you do get pulled over for any reason, let me give you a few tips to help me be successful in representing you. Before you read these suggestions and conclude that “this lawyer is nuts,” keep in mind that you are probably going to jail for the night regardless of what you say or do, so why help the cops convict you.

If you get pulled over, especially if the police officer thinks you are drinking and driving, I can assure you that he saw you long before you saw him. As such, the chances are good that he has video of how you were driving which may not feature you in a favorable light, but the movie doesn’t end there. The odds are that he will be recording the entire incident and is probably wearing a small microphone so that he also has audio evidence for the courtroom. This is one way that cops get convictions for DUIs. What you need to remember is that if acting works in his favor, it can work in your favor, too. Remain polite, but don’t forget that your actions can help you avoid a DUI conviction.

If he asks you if you have been drinking, the answer is always, “No, sir.” If you think by telling him that you only had two glasses of wine that he will let you go, you are sadly mistaken. In fact, this will guarantee you a night in jail. Regardless of how you answer his question, his next step is likely to be to ask you to step out of the car. You can calmly tell him that you are not comfortable standing around on the side of the road with a complete stranger. He will still probably order you out of the car anyway so, when you get out, do so gracefully. Do not lean up against anything, and be certain to stand up straight – no swaying allowed.

His purpose of having you get out of the car is so that he can give you a “field sobriety test.” We have all seen people make jackasses out of themselves by performing these tests. They may be funny when you see some drunken fool attempt them on TV, but the fact is, these tests are virtually impossible to perform even for the soberest of us. That’s why when asked by the cop to perform them, you should always respectfully decline. Remember that you are playing to the camera so tell the officer that you have arthritis in your knees or an old football injury. This is not going to make him very happy so, remember that you are probably being recorded, but so is he. Whoever gets annoyed first generally loses.

Like I said above, once the cop thinks you have been drinking, you are going to jail for the night no matter what. Thus, why help him gather evidence against you? If you remember nothing else from this Newsletter, remember this: WHEN HE ASKS YOU IF YOU WILL PROVIDE A BREATH SAMPLE, YOU ARE GOING TO JAIL … PERIOD. They do the breath test at the police station so no matter what, you will be spending the night in jail. Even if you blow 0.0, you will spend the night in jail because he will assume you are on drugs and ask you for urine. Either way, politely say no to the breathalyzer and/or giving a urine sample if you have been drinking or have taken drugs. Why would you give him more evidence to convict you with? Again, you are on tape, so be polite, ask for a lawyer and just keep asking.

The mistake most of my clients make is that they think if they are helping the cop will let them go. He knows this, that’s why he is polite. He wants you to hang yourself. Now that you know in fact “all the world is a stage” and you and the cop are performing, make sure you are a better actor than he is. I have defended hundreds of D.U.I.s with a great deal of success so give me a call at the Traffic Ticket Team 954-967-9888.