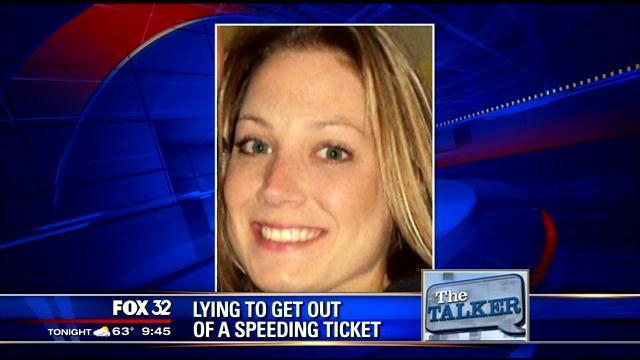 Maybe I have become jaded after working in the field of traffic law for so long, yet it fails to surprise me how easy it is to get a speeding ticket. That doesn’t seem to be the case, however, for many of my clients because just about every client I speak with regarding a speeding ticket seems shocked. Consequently, I often hear exclamations like, “But I was just keeping up with traffic,” or “Well, there were other drivers who were going faster than I was.” Rarely does a client show up at my office who says, “Yeah, man. I was flyin’.”

The problem with these types of justifications is that law enforcement agencies just don’t care. They are there to do a job, and writing speeding tickets is one of the primary responsibilities of that job. As such, they hear every excuse possible, the most frequent of which are ‘just keeping up with traffic’ or ‘I’m late for work.” Consequently, they have become inured to what may seem to the driver like a perfectly reasonable explanation for exceeding the speed limit. This is especially true for drivers who feel like there were other drivers who were traveling at a much greater speed than they were.

This is where the inevitable question of “Why me?” comes into play, and it can be virtually impossible to answer. Maybe it is because you also committed some other infraction that garnered the police officer’s attention such as driving left of center or weaving in and out of traffic. Sometimes it can just be the result of something as seemingly insignificant as the model of car you drive. Sports cars are going to attract a lot more attention than a family sedan. After all, isn’t that the reason you purchased a sports car to begin with? It makes a statement, right? Sometimes, however, that statement can be, “The court date is on the back of your citation. Have a nice day,” says Officer Friendly with a gleam in his eye and a glint reflecting off of his shiny badge.

Another reason that your sports car, or even luxury car, may get pulled over instead of another driver is it may rankle a police officer to see you driving a vehicle that costs more than his annual salary. Well, when you are operating it in a manner contrary to the law, it gives him the opportunity to do something about it. Aw, what sweet justice this is for a cop who may have a chip on his shoulder. Even the color of your car could be the cause of you being singled out. If you consider that you and the car next to you are both exceeding the speed limit, the other driver is driving a beige minivan and you are in a spiffy, bright yellow vehicle – guess what? You wanted a bright, shiny car because it attracts attention and now you have it. I don’t mean that to sound sarcastic, but it is human nature to be attracted to bright, shiny objects, and yes, cops are human, too.

Whatever the reason may be for you being singled out, be assured that you are not part of an exclusive group. According to a study conducted by the National Highway Traffic Safety Administration, 41,000,000 drivers receive traffic tickets annually. That figure represents nearly 21 percent of all licensed drivers in the U.S. with more than 112,000 people getting speeding tickets every day at the average cost of a speeding ticket being $152. Do you hear the cha-ching yet? A 6.2 billion-dollar-per-year industry is quite an incentive for law enforcement agencies across the country to invest a bit of money on hiring more officers and investing in speed detection devices and practices such as air patrols, et cetera. It is also quite a motivating factor for some towns to become notorious speed traps. Being in Florida, most of us have heard about Waldo being a speed trap, obtaining more than 68 percent of the town’s income from speeding tickets, but that is not something that is unique to Florida. The section of

Highway 19 which goes through Summersville, West Virginia is also a well-known speed trap, and many of those who have been ticketed refute the charges that they were speeding. There are also approximately a dozen smaller towns in the St. Louis area that have the reputation as being speed trap havens, so much so that the state of Missouri had to intervene.

With the exception of towns like Summersville, where the validity of many speeding tickets is contested by those who received them, there are certain measures that one can take to minimize the risk of getting a speeding ticket – other than the obvious practice of never speeding. These methods are as follows:

Do not “stand out from the pack”.

As I mentioned earlier, avoid flashy vehicles, whether that be brightly colored cars, sports cars, or luxury cars. Sometimes the desire for positive attention can carry with it negative consequences. If you are going to exceed the speed limit, the last thing you want to do is be the lead car, no matter how fast the other drivers are going. I can assure you that if there is a cop looking to catch a speeder, the first vehicle he is going to notice is whichever one is out in front. This is another example of how standing out from other vehicles can have negative effects.

Frequent lane changes, trying to over-take other drivers, rapid acceleration followed up by frequent braking, and so forth are strong indicators to a police officer that you are impatient and probably pose a risk to other drivers. This is the case even if you are not speeding, but they also would indicate that once you extricate yourself from being surrounded by other drivers, you may be a little heavy on the gas pedal. You may want to avoid hanging out in the fast lane, too, especially if you are holding up other traffic. This is bound to catch the notice of any police officers looking for speeders, especially if he happens to be one of the drivers you are impeding.

Always keep an eye out for the cars in front of you. If they begin noticeably slowing down or braking suddenly, they have probably spotted a cop sitting at a speed trap. Let it be one of them and not you that he goes after.

They are not illegal in the State of Florida and high-end models can be extremely effective and, if you have a lead foot, may well be worth the cost.

Probably one of the easiest ways to avoid getting a speeding ticket other than to never speed is to scan the roadway, both ahead of you and in your rearview mirror, for police cars. This includes looking for areas that would be a prime choice for a cop to set up a speed trap. This includes areas like breaks in the medians, behind bridge abutments, at the crest of a hill, and so on.

Regardless of whether or not you were actually speeding, if you get a speeding ticket, give our office a call at 954-967-9888 for a free consultation. Even those drivers who were “flyin” deserve a fair legal defense and after fighting over a million traffic tickets, we can often even get that guy’s ticket reduced or dismissed.